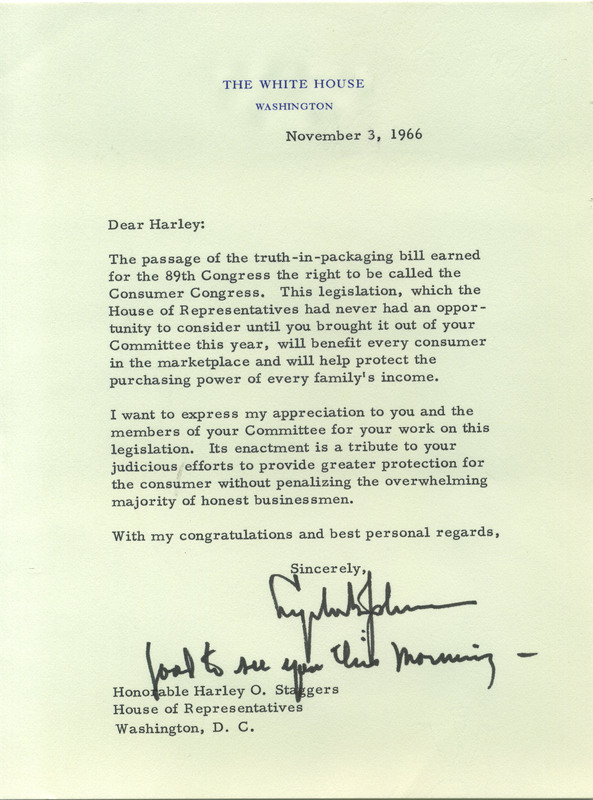 In the lawmaking process, Congress must consider diverse interests and seek consensus. Members must take into account research, the multiple interests and needs of the country, their party, their constituents, and their own personal beliefs and ideas. Bargaining and compromising are inherent in lawmaking, and this process can take years. The system is designed for stability and deliberation.

The House and Senate have different rules and practices that influence the lawmaking process. Generally, the larger House (435 members) is more formal and structured than the Senate (100 members). Debate is more constrained by rules.

Legislating may follow "regular order," which generally refers to procedural expectations or norms for how legislation should be considered in the House or Senate. From the 1950s to the early 1970s, regular order meant the introduction of bills and referral to committees, committee hearings and markups, House and Senate floor debate and bill passage, resolution of differences, and presidential consideration.

Beginning in the 1990s, regular order has been followed less reliably as Congress has become more partisan, ideological, and influenced by outside interests. Party leaders and individual members have more room to change procedures for law making.

Despite procedural changes, committees remain important, and most bills are referred to the appropriate standing committees. Committee chairs have wide discretion in setting the committee's legislative priorities. When a committee decides to take up a bill, it may schedule public hearings and then report the bill to the full Senate or House. Once a bill becomes law, the same committee exercises oversight over the executive department agency that carries out the law.

While presidents cannot introduce bills, they can propose them and help build public support. By vetoing or threatening to veto legislation, presidents can have significant influence. The Supreme Court has the power of "judicial review," meaning the court can declare acts of Congress unconstitutional.

Fair Packaging and Labeling Act of 1966

The documents below and the letter written by President Lyndon Baines Johnson (above) show some of the steps and considerations made in the process of passing the Fair Packaging and Labeling Act of 1966, which established regulations to make price comparisons easier among product labels. 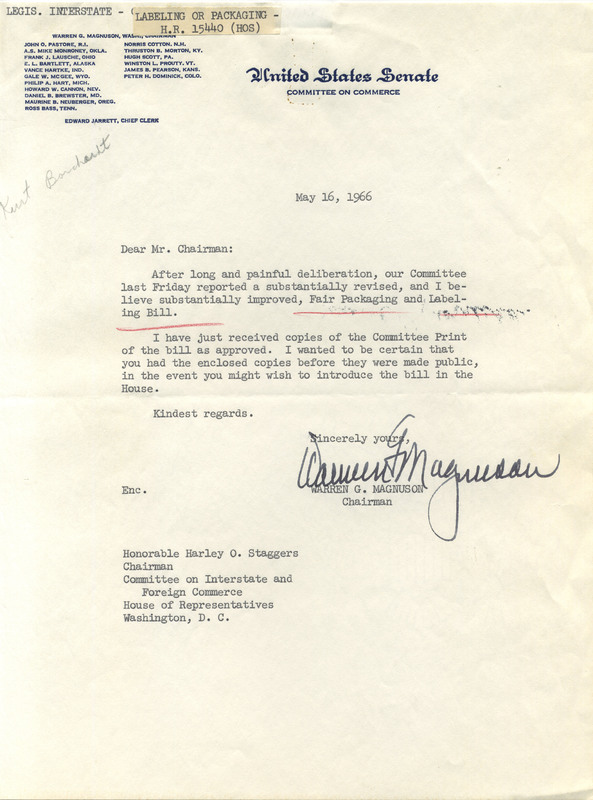 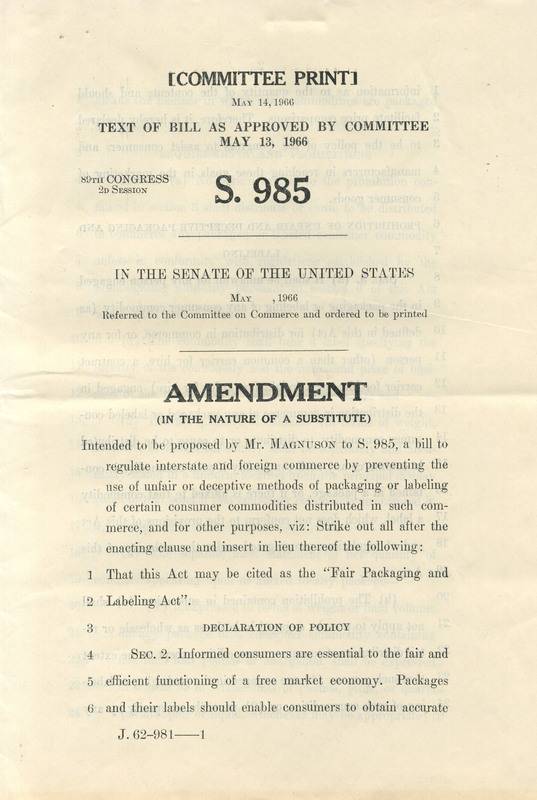 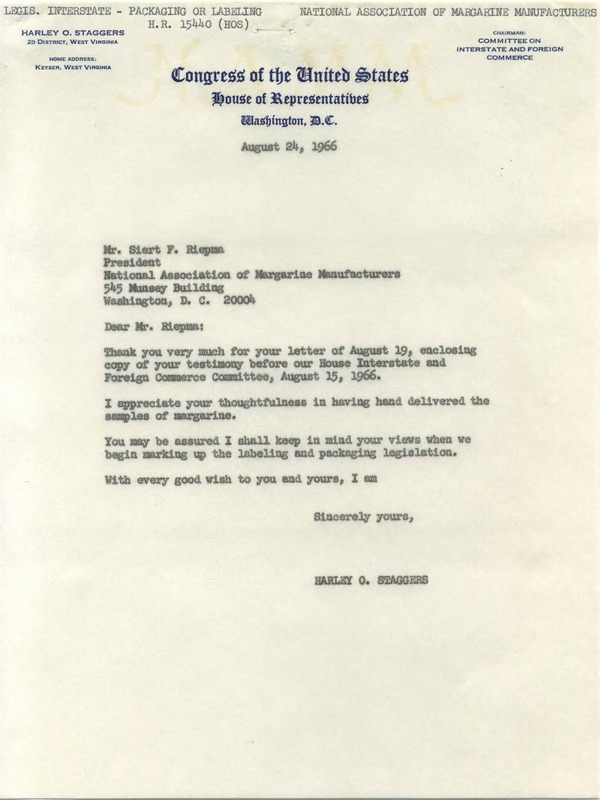 Letter from the National Association of Margarine Manufacturers 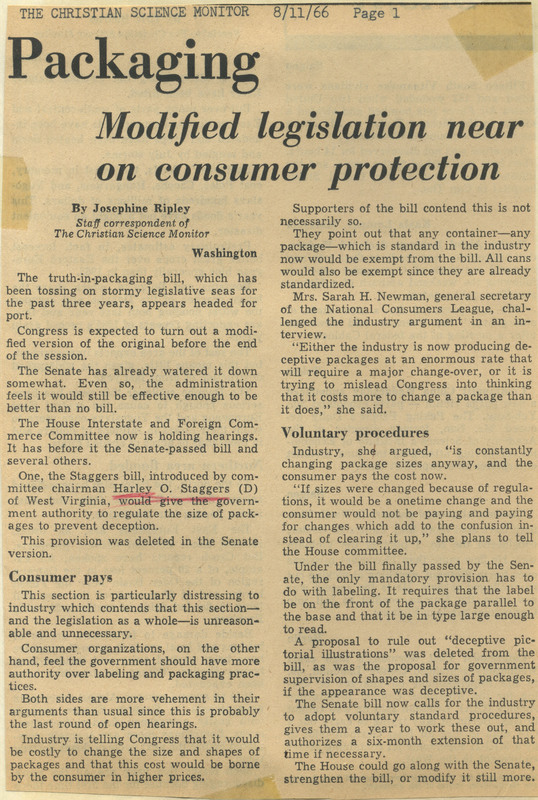 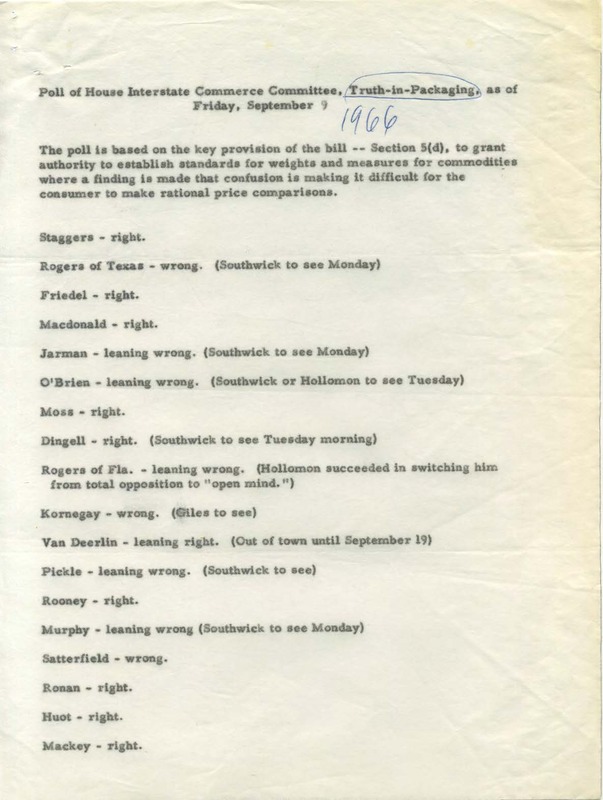 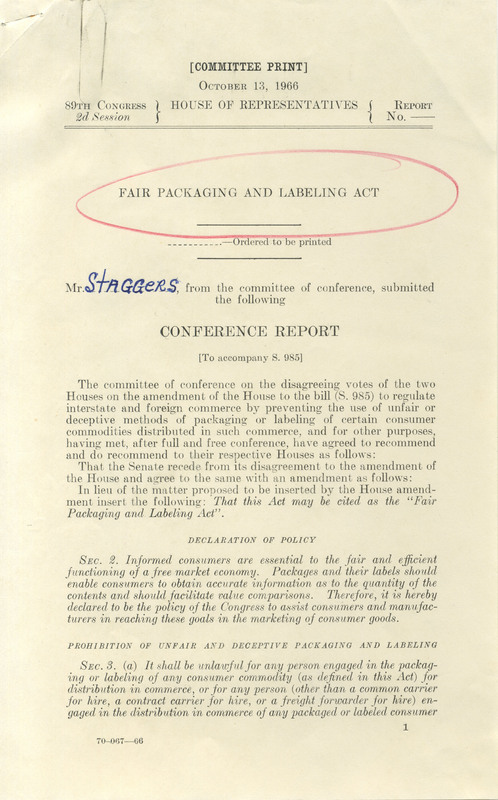 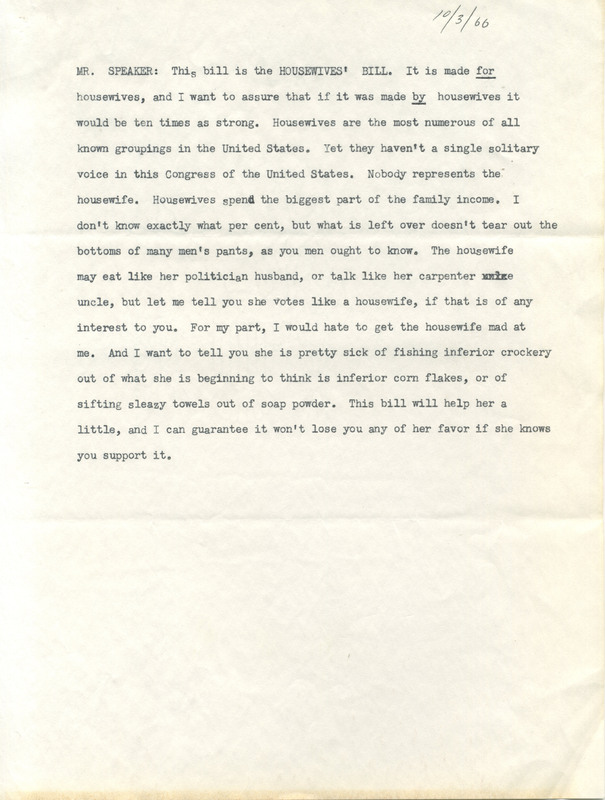 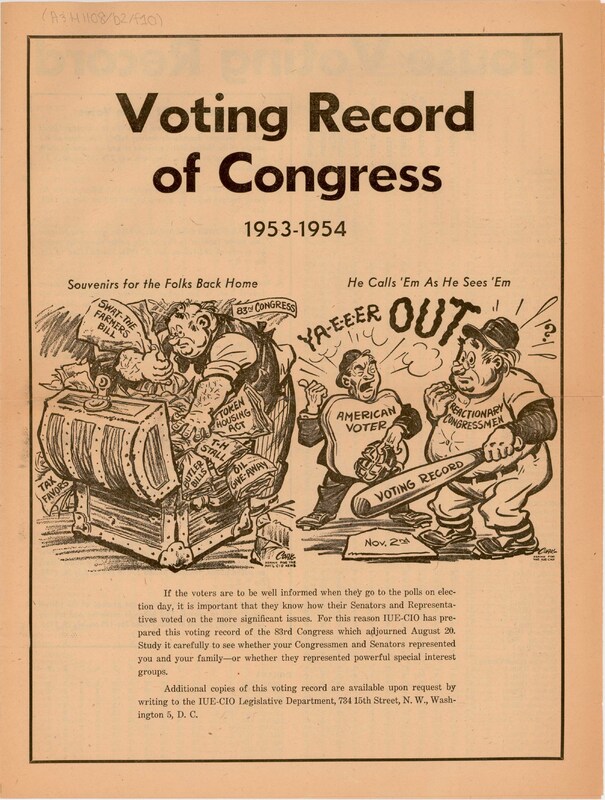 The Senate may conduct votes on the floor in three ways: by voice, division, or roll call. Unless rules note otherwise, the Senate may agree to any question by a majority of senators voting, if a quorum is present. The Chair asks each question by voice vote unless the “yeas and nays” are requested, in which case a roll call vote occurs. In the House, votes may be conducted in four ways: by voice, division, yea and nay, and recorded vote. American voters, interest groups, and others have an interest in how representatives vote. Many interest groups prepare voting records and ratings for members of Congress based on how well the member votes with the group’s principles and legislative aims. 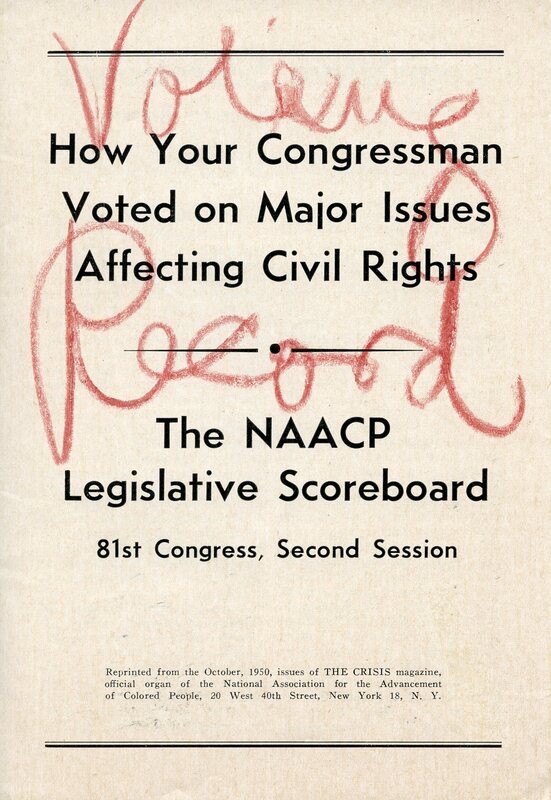 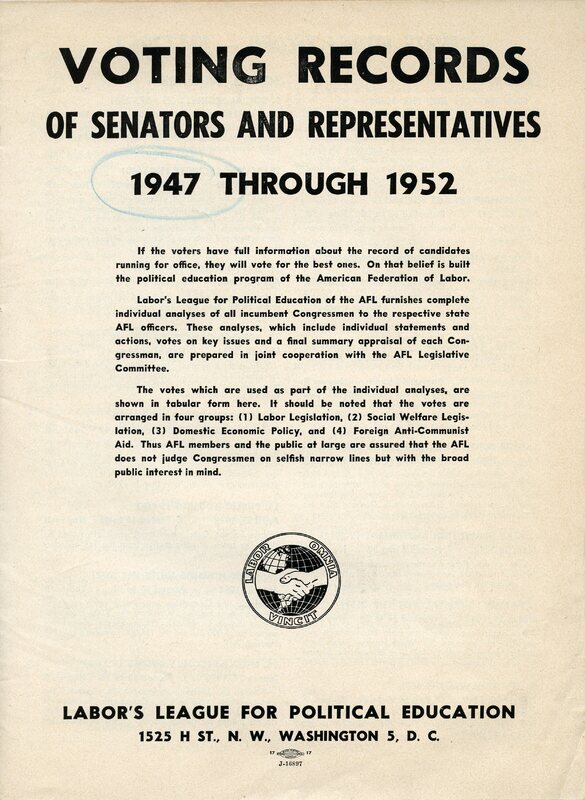