The political bumper sticker provides a unique look into the creation of political ephemera and its relationship to the evolution of the political sphere. This advertising medium rose to prominence in mid-to late 1940s as car ownership became more prevalent in the American middle class. Advertisements were originally printed on metal and then wired to the bumper of a car before the self-adhesive sticker was invented. These bumper stickers became the popular advertising tool of vacation spots, providing both advertisement to a resort or attraction and the ability of the car owner to show off their travels. In the 1960s, bumper stickers turned political as politics became emblematic of the various social movements that were sparking to life.

The majority of bumper stickers are printed by printers' unions. A closer look at the bumper stickers shown in this exhibit will reveal a union logo or a "bug" which tells the consumer which union printed it. These stickers are often mass produced by Democratic candidates because of their ties to unions. In West Virginia, that stamp of union labor was likely a very important addition to a largely pro-union state.

Today, there is a country-wide drop in the number of bumper stickers produced. Social media may be the culprit for this decline as users of online platforms may more easily share their political views with those in their communities than on the back of their cars. 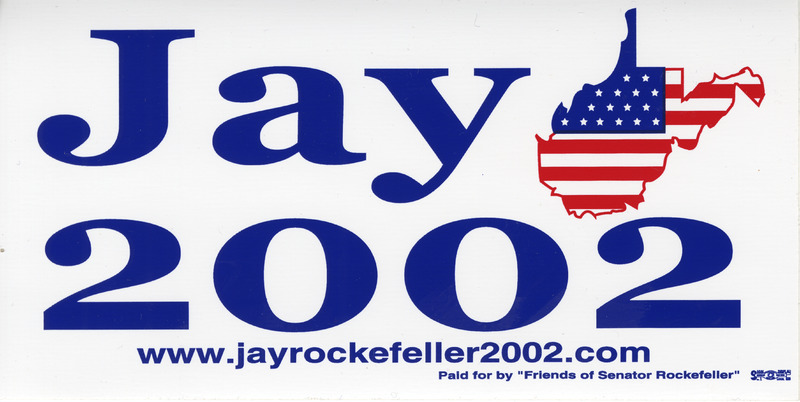