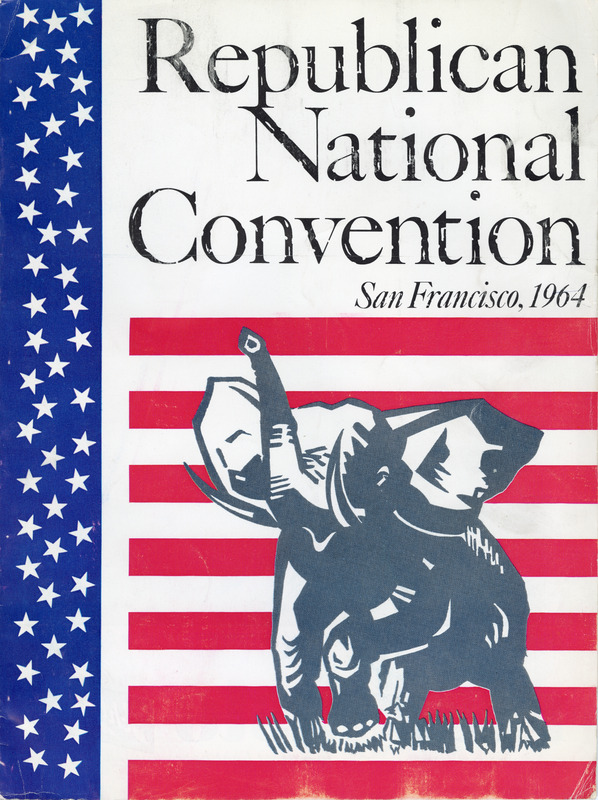 Party conventions have existed for nearly 200 years in the world of American politics, beginning with the Anti-Mason Party's convention held in Baltimore in September of 1831. Historically, conventions were started as a space for discussion and debate among leaders of a political party which resulted in that party setting the agenda that it would run on for not only the next Presidential election, but also for representatives of the party across the country for the next four years.  During conventions, a nominee for President of the United States is elected to be the face of the party and to ideally instill enough general support to be voted into the Oval Office. As an example of the shifting of ideologies that can occur at these sometimes tumultuous conventions, this page examines the 1964 Republican Convention, a convention that altered the shape of the Republican Party for decades to come and perhaps ultimately was a component of West Virginia's own political shifting in the early 21st century.

Using the Civil Rights Movement and the newly signed Civil Rights Act as examples of Johnson Administration failings, Barry Goldwater would become the GOP's nominee for president. He spoke on the convention floor at San Francisco's Cow Palace about the need for a more conservative, more radical Republican Party: "I would remind you that extremism in the defense of liberty is no vice," pausing for a time to wait out the cheers of approval to finish, "and let me remind you also that moderation in the pursuit of justice is no virtue."

Just outside the meeting hall, around 40,000 protestors against Barry Goldwater demonstrated in the largest civil rights march since the August 28, 1963 March on Washington, filling the streets to show opposition to the conservativism of the new party leaders. Voters across the nation watched this first televised RNC from their homes, aghast at both the raucous progressive demonstrations just outside the Convention and the raging debates on the RNC floor. This snapshot of American political history showcases the fervor with which politics was about to take a turn in the national zeitgeist as a result of these politically and socially shifting times.